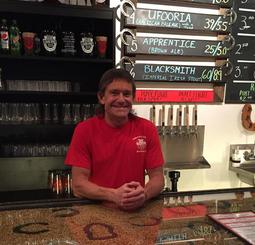 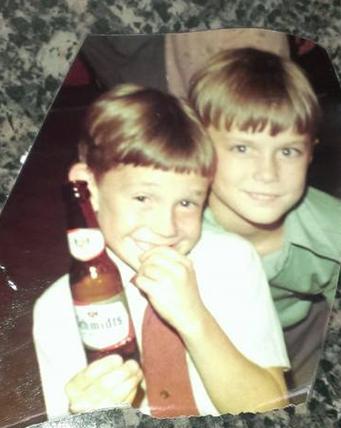 The innocence of youth, Derin, with a cousin at Grandpap Foor's.

​This infatuation with beer likely started when I was about 12 years old. After long hours working in the garden and processing our days harvest, Grandpap and I would enjoy a cold Löwenbräu beer and a big slice of Colby cheese. It was the well-deserved reward after a long, hot day. That was a long time ago and neither of us knew what craft beer was, let alone how it would one day influence millions of beer drinkers. Jump ahead twenty years or so. My sister buys me a Mr. Beer kit. Lots of fun, not great beer, but it was a start. I mean, who doesn't want to make their own beer?